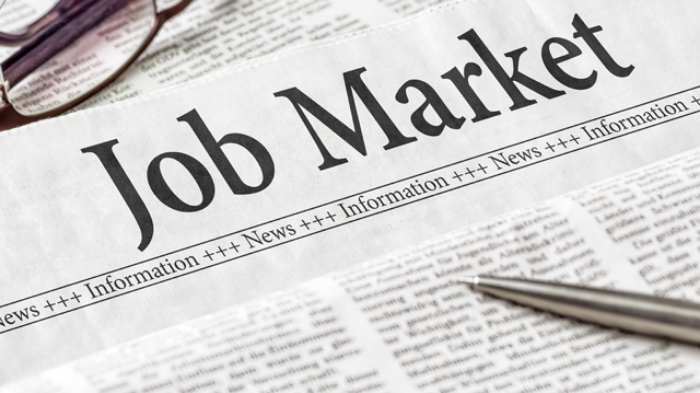 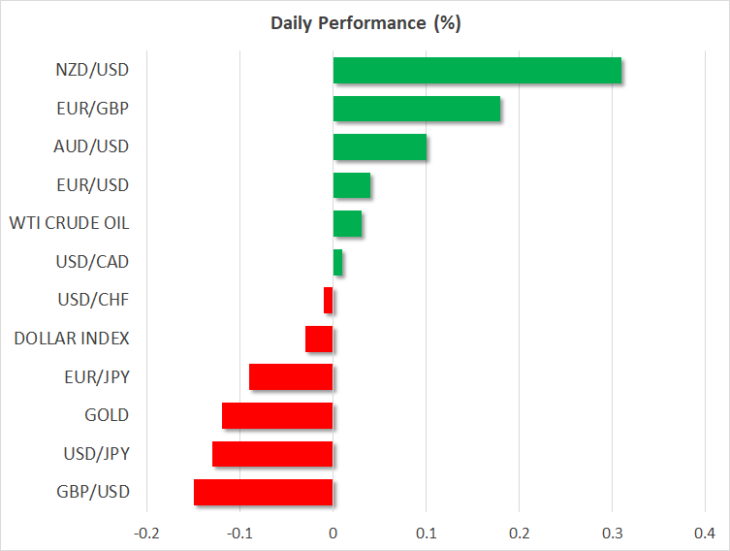 The main event today will be the US employment report for November, due at 13:30 GMT. Forecasts point to another solid data set, with nonfarm payrolls (NFP) expected to clock in at 180k, much higher than the 128k in October. Yet, much of this strength is likely owed to General Motors employees returning to work after a strike ended, which will artificially boost NFP by around 50k. The unemployment rate is forecast unchanged at 3.6%, while average hourly earnings are projected at 3.0% on a yearly basis, the same pace as last month.

Turning to the market reaction, the risks surrounding the dollar from this report may be asymmetric and tilted to the downside. Market pricing for future Fed rate cuts is currently very subdued, with the Fed funds futures assigning a meager ~25% chance for a cut by March. Hence, a positive NFP surprise would merely reaffirm the narrative that ‘the Fed is on hold’, and while that would probably push the dollar higher, that reaction may be only modest in size as there isn’t much left to price out in terms of rate cuts.

On the contrary, a disappointment – especially given the artificial boost from the GM strike – could turn this ‘on hold’ narrative on its head, leading to speculation for a dovish tone at next week’s FOMC meeting and thereby pushing the dollar substantially lower.

In the bigger picture, even if we see some further losses today, the broader outlook for the dollar still seems positive, for a lack of real alternatives. America still offers some of the highest rates in the developed world, alongside safety, which makes it a very attractive destination from a carry perspective – particularly versus funding currencies such as the euro and yen. For this story to change, either the Fed needs to cut rates much lower, or the euro area needs to launch a large fiscal stimulus package to kickstart growth (see below).

The prospect of fiscal stimulus in the euro area may not be a pipe dream after all, which likely explains why the single currency has gotten its legs under it lately. In Germany, the SPD party – which is in a coalition government with Merkel’s CDU – recently changed leadership, with the new leaders demanding much higher spending on education, infrastructure, and green energy, for the alliance to continue. Chancellor Merkel is now faced with a choice: increase spending or go to new elections next year and risk losing more ground to far-right parties.

Today, the SPD will hold its party convention, where members will decide how the future working relation with the coalition will look, or if the coalition continues at all. These are make-or-break times for the euro. Any signs that fiscal stimulus may be on the horizon could see the currency stage a huge rally. Until then though, the outlook remains grim.

In Vienna, OPEC and its allies agreed to deepen their production cuts by another 500k barrels per day, to help lift crude prices. Yet, oil prices snoozed, most probably because the cartel was already producing much less than its target. Hence, lowering that target by another 500k simply means that everyone keeps producing roughly as much as today. It’s more of a symbolic gesture than anything else.

Besides the US employment figures, we will also get Canada’s jobs numbers for November. Forecasts point to a decent report, with the net change in employment turning positive again, something supported by the uptick in the employment sub-index of the Ivey PMI.

In the UK, the BBC will host a head-to-head debate between Boris Johnson and Jeremy Corbyn at 20:30 GMT, the final one before next week’s election. Johnson’s Conservatives are leading the polls by a large margin, a factor that has propelled sterling higher lately. Anything that changes this perception could spell trouble for the currency heading into the election.

Oil Under the Gun Again. On Monday morning, a barrel of Brent is
Euro Completely Recovered Its February Losses. On Monday, March 2nd, the major currency pair
How long to the parity for EURUSD?. EURUSD price is continuing to decrease. The last
Correctional Rebound in Oil Died DownGPBUSD: chance of a drop is still thereGold Stopped GrowingBrent oil price to drop down to $50Pound Handled the Brexit with DignityUSDCAD rises to 7-week high above 1.3200
Quotes / Mon 19 / April / 03:07am

Bitcoin and Gold Prices Diverge Again, Extending 5-Month Correlation. Bitcoin is again feeling the pull of gravity
Markets roll back after last week decline, EURUSD tests the important resistance. Market focus Holidays in the U. S. and
What is crypto-currency in simple words?.   Crypto-currency is electronic virtual or digital money.
How to make money OUT of crypto-currency?How to earn bitcoin?What is bitcoin in simple words?How to buy a bitcoin?
Economic calendar / Monday 19 / April / 06:07am