US stocks carve out new highs ahead of nonfarm payrolls 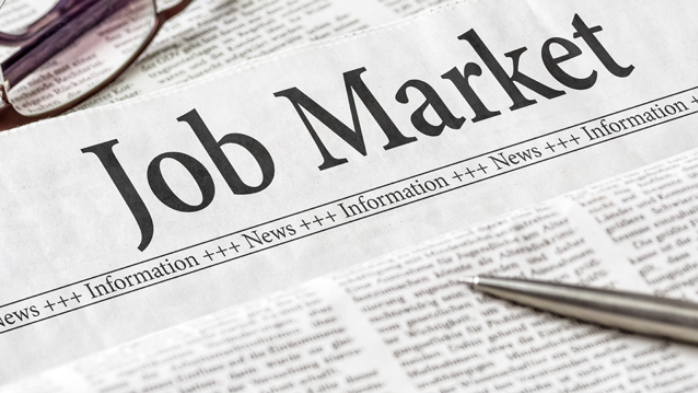 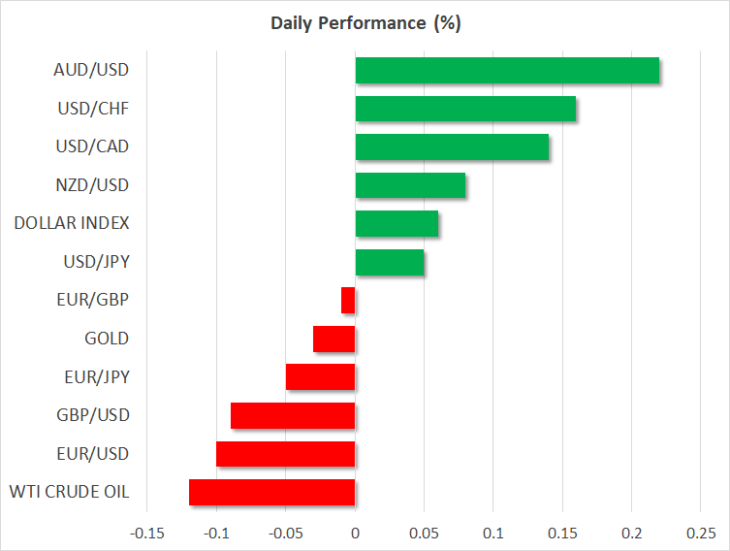 The main event today will be the US employment report for December. Nonfarm payrolls (NFP) are forecast to clock in at 164k, less than the astounding 266k in November, but still a solid number consistent with a tightening US labor market. The unemployment rate is seen holding steady at 3.5%, while average hourly earnings are projected to have risen by 3.1% in annual terms, the same pace as previously.

The risks surrounding the NFP forecast seem balanced, with a stronger than expected ADP report arguing for an above-consensus NFP, but a downtick in the employment sub-indices of both ISM PMIs pointing the opposite way. Even initial jobless claims were mixed during the month, providing no clear signals. It’s therefore difficult to predict which way the dollar will move today – it will depend on the direction in which NFP surprises.

However, it might be easier to predict how US stocks will react. The Fed has been crystal clear that while rates are currently on hold, they could easily be cut again if the economy starts flashing warning signs, but on the contrary, the bar for raising them is tremendously high and would likely require persistent above-target inflation.

That implies that if the jobs numbers disappoint a little today, US stock indices could edge even higher on a ‘bad news is good news for stocks’ reaction, as markets start pricing in a greater probability of Fed rate cuts. On the other hand, a positive surprise in the jobs numbers may not do much to convince investors that the Fed will even consider raising rates, limiting any losses in stocks.

It would probably take a huge NFP disappointment today for risk aversion to truly take hold and push US equities notably lower.

Canadian jobs report – an asymmetric risk for the loonie

Employment data for December will also be released in Canada. Forecasts point to a modest rebound in jobs growth following an extremely disappointing report last month. The data pulse has weakened in general recently, with the latest retail sales numbers also falling short of expectations, generating concerns that the so-far resilient economy may be losing its shine.

This puts extra emphasis on the upcoming jobs numbers. Were the recent soft data just outliers in an otherwise healthy economic trend, or early signs of more weakness to come?

As for the loonie, the risks surrounding its reaction today seem asymmetric. With market pricing for Bank of Canada rate cuts remaining very subdued, a potential disappointment could generate a bigger negative reaction in the currency compared to the equivalent positive reaction if the jobs numbers beat forecasts. Investors assign just a ~30% probability for a rate cut by June, so there is a lot more room for that chance to increase on weak data than there is for it to decline on strong numbers.

Elsewhere, the British pound dropped yesterday after outgoing Bank of England (BoE) Governor Mark Carney signaled that if the economy remains sluggish, then more monetary stimulus will probably be needed. Indeed, growth is slowing rapidly while investment is stagnant, so unless economic data take a dramatic turn for the better, it’s very likely that the BoE will cut before long.

Traders are still not ‘buying it’ though, with the probability for a rate cut over the entire year currently at ~60%, which seems quite low given the frail state of the economy. The implication is that when investors wake up to this risk, the pound could fall notably as the path for monetary policy is repriced. 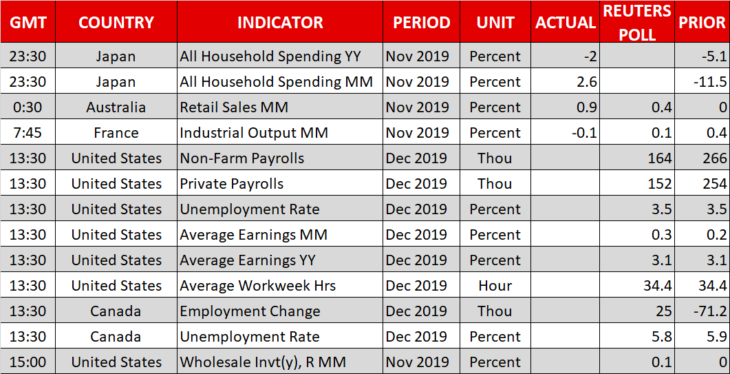 Oil Under the Gun Again. On Monday morning, a barrel of Brent is
Euro Completely Recovered Its February Losses. On Monday, March 2nd, the major currency pair
How long to the parity for EURUSD?. EURUSD price is continuing to decrease. The last
Correctional Rebound in Oil Died DownGPBUSD: chance of a drop is still thereGold Stopped GrowingBrent oil price to drop down to $50Pound Handled the Brexit with DignityUSDCAD rises to 7-week high above 1.3200
Quotes / Fri 26 / February / 10:30pm

Bitcoin and Gold Prices Diverge Again, Extending 5-Month Correlation. Bitcoin is again feeling the pull of gravity
Markets roll back after last week decline, EURUSD tests the important resistance. Market focus Holidays in the U. S. and
What is crypto-currency in simple words?.   Crypto-currency is electronic virtual or digital money.
How to make money OUT of crypto-currency?How to earn bitcoin?What is bitcoin in simple words?How to buy a bitcoin?
Economic calendar / Saturday 27 / February / 01:30am