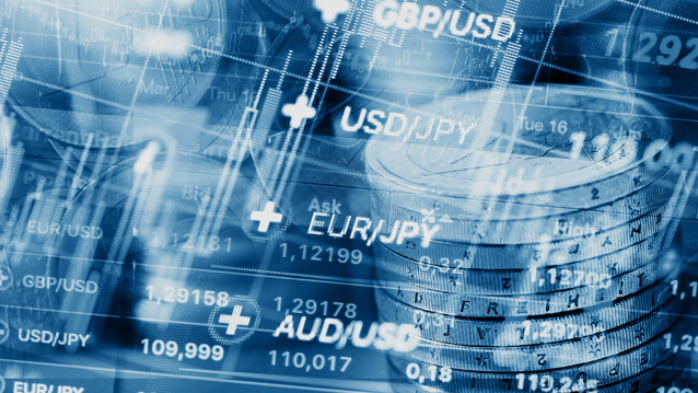 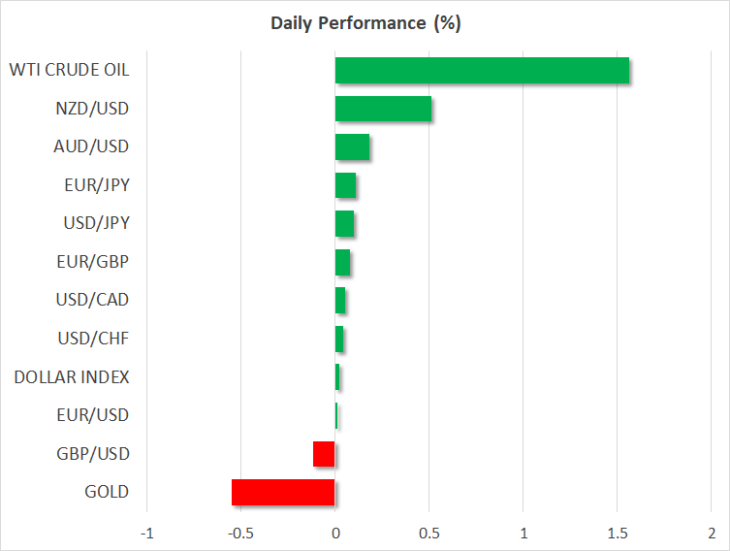 December got off to a positive start after data over the weekend and on Monday showed manufacturing output in China unexpectedly rose in November. China’s official and Caixin/Markit manufacturing PMIs both beat expectations, with the official gauge climbing above 50 to growth territory for the first time in seven months, while the Caixin/Markit index pointed to the fastest expansion in the sector in three years.

The data boosted risk assets, lifting stocks and risk-driven currencies, as it eased concerns about a sharp slowdown in the world’s second largest economy, which had been intensifying recently.

The New Zealand dollar was the biggest winner, rising 0.5% to a one-month high of 0.6457 against the dollar and to a 4-month top versus the yen at 70.77. Diminishing expectations of further rate cuts by the RBNZ amplified the kiwi’s gains. In contrast, the Australian dollar, while also outperforming, rose more moderately as investors speculate about the prospect of quantitative easing by the RBA. The aussie was last up 0.15% at $0.6775.

The increased risk appetite pushed the safe-haven yen broadly lower, hitting a six-month trough of 109.72 to the dollar.

Asian shares closed mostly in the green, with Japan’s Nikkei 225 index jumping by 1%. European and US equity futures were also indicative of a higher open.

However, the yuan was a surprise outlier as it failed to benefit from the upbeat domestic data and slid against the US dollar. Expectations of more monetary easing in China may be one factor weighing on the yuan but caution over the likelihood of a US-China trade pact is possibly another.

Are US-China trade negotiations in trouble?

Markets were undeterred on Monday by reports that the US-China trade talks have stalled. According to an Axios report, Chinese anger over President Trump’s signing into law legislation that backs protestors in Hong Kong may mean the ‘phase one’ trade deal won’t get signed this year. However, US reluctance to roll back existing tariffs is another sticking point, and following the passing of the two Hong Kong bills, President Xi may push even harder for significant tariff roll backs before agreeing to any deal.

Many are now adopting the view that the US will instead agree to postpone the planned tariff hikes for December 15 in exchange for agricultural purchases by China, and this could just be enough to keep investors happy until a more substantive deal is reached.

Pound under pressure as Labour sneak up in polls

The British pound drifted lower on Monday amid fresh concerns about whether Prime Minister Boris Johnson and his Conservative party will be able to maintain their lead over Labour with just under two weeks to go before election day. At least three polls over the weekend showed Labour narrowing the gap with the Tories, signalling a possible repeat of 2017 when Theresa May saw her strong lead vanish dramatically, resulting in a hung parliament.

WTI oil plunged by 5% on Friday after a US government report said US output hit a new monthly record in September. However, both WTI and Brent crude managed to bounce back by more than 1.5% today as some investors bet that OPEC and its allies will agree to deeper production cuts when they meet later this week.

Prices were boosted from comments by Iraq’s oil minister who on Sunday said that the OPEC-led alliance of major oil producers will consider whether to cut output by an additional 400,000 barrels per day at the December 5-6 meeting in Vienna.

An announcement of steeper cuts is likely to come as a surprise for the markets and could help oil extend its latest uptrend. However, if OPEC+ agree at best to simply rollover the existing quotas till June 2020 or beyond, the outlook for oil could easily turn bearish again. 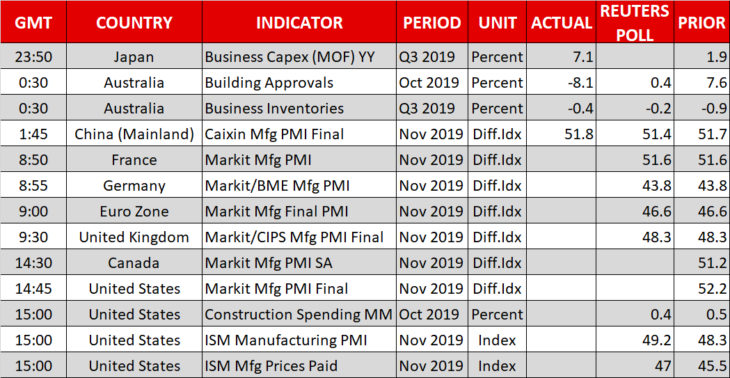 Oil Under the Gun Again. On Monday morning, a barrel of Brent is
Euro Completely Recovered Its February Losses. On Monday, March 2nd, the major currency pair
How long to the parity for EURUSD?. EURUSD price is continuing to decrease. The last
Correctional Rebound in Oil Died DownGPBUSD: chance of a drop is still thereGold Stopped GrowingBrent oil price to drop down to $50Pound Handled the Brexit with DignityUSDCAD rises to 7-week high above 1.3200
Quotes / Sun 18 / April / 04:53pm

Bitcoin and Gold Prices Diverge Again, Extending 5-Month Correlation. Bitcoin is again feeling the pull of gravity
Markets roll back after last week decline, EURUSD tests the important resistance. Market focus Holidays in the U. S. and
What is crypto-currency in simple words?.   Crypto-currency is electronic virtual or digital money.
How to make money OUT of crypto-currency?How to earn bitcoin?What is bitcoin in simple words?How to buy a bitcoin?
Economic calendar / Sunday 18 / April / 07:53pm