The Chinese yuan traded lower against the U.S. dollar on Tuesday in Asia after a Bloomberg report sparked fresh concerns on the Sino-U.S. trade talk progress. 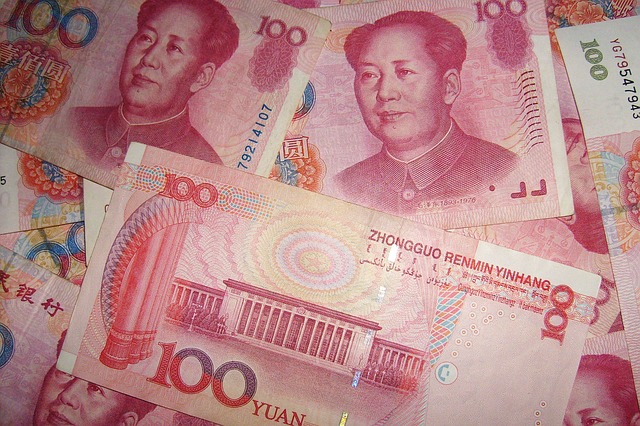 Risk appetite improved late last week after the U.S. and China announced a “roadmap to a phase 1 agreement” which included the suspension of a tariff increase planned for this week and a commitment from China to buy more U.S. agricultural product.

But the Chinese yuan gave up some of its earlier gains today as Beijing reportedly said it wanted more talks before agreeing to the deal, suggesting that not all the details are nailed down.

China now wants to hold more negotiations this month before agreeing to signing the deal, a Bloomberg report said, citing people familiar with the matter.

“We will carefully remind you that such a “promise” is worth nothing at all, and currently it looks more likely that running for president on an anti-Chinese agenda is better/smarter (for re-election purposes) than doing the opposite,” Martin Enlund and his analyst team at Nordea Markets wrote in a weekly preview.

On the data front, China reported on Tuesday that its producer price index fell by 1.2% year-on-year. It marked the steepest factory price decline July 2016, but was in line with expectations.

The consumer price index (CPI) increased 3% year-on-year in September, compared with the expectation of a 2.9% gain. Pork prices in China jumped 69.3% from a year ago. It is the major driver in the overall increase in CPI.

The country also reported weaker-than-expected trade data this week, which showed the sharpest drop in imports since 2016.

The U.S. dollar index that tracks the greenback against a basket of other currencies last traded at 98.137, down 0.03%.

The AUD/USD pair and the NZD/USD pair were both little changed.

The GBP/USD pair rose 0.2% to 1.2629. Brexit developments remained in focus after the European Union showed some cool reaction to the U.K.’s proposals on resolving the Irish border-related elements of the Brexit Withdrawal Agreement.

The EU’s top negotiator Michel Barnier reportedly told EU diplomats at the weekend that the proposals represented an “untested” risk that were not acceptable, according to The Guardian.

Oil Under the Gun Again. On Monday morning, a barrel of Brent is
Euro Completely Recovered Its February Losses. On Monday, March 2nd, the major currency pair
How long to the parity for EURUSD?. EURUSD price is continuing to decrease. The last
Correctional Rebound in Oil Died DownGPBUSD: chance of a drop is still thereGold Stopped GrowingBrent oil price to drop down to $50Pound Handled the Brexit with DignityUSDCAD rises to 7-week high above 1.3200
Quotes / Sat 17 / April / 05:26am

Bitcoin and Gold Prices Diverge Again, Extending 5-Month Correlation. Bitcoin is again feeling the pull of gravity
Markets roll back after last week decline, EURUSD tests the important resistance. Market focus Holidays in the U. S. and
What is crypto-currency in simple words?.   Crypto-currency is electronic virtual or digital money.
How to make money OUT of crypto-currency?How to earn bitcoin?What is bitcoin in simple words?How to buy a bitcoin?
Economic calendar / Saturday 17 / April / 08:26am