What is bitcoin in simple words? 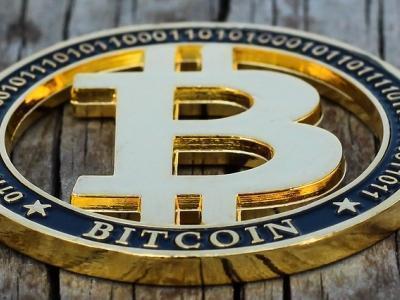 Bitcoin – it is digital money. Physically, this currency does not exist, there are only special electronic registers in which it is accounted, how many users have bitcoins and who and where transfers them. These magazines are called blockchains. Bitcoin is also called a crypto-currency or an electronic payment system like Visa and MasterCard.

HOW DOES BITCOIN LOOK?

The bitcoin crypto-currency itself is stored in a wallet, which everyone can install on his/her computer. Bitcoin-address is a set of Latin letters and numbers of 34 characters in length. It can also be represented as a QR code.

Many people call bitcoin an electronic analogue of gold, because crypto-currency, like precious metal, exists in a limited number established by the author. With time, bitcoin is getting more difficult to get, more and more computing power is required. Perhaps this is the only similarity.

DIFFERENCE FROM THE USUAL CURRENCY

Bitcoins differ from the usual currency in that registers are not stored centrally in banks and payment systems, but simultaneously on all computers whose hosts have installed special software. Anyone can see all transaction with all bitcoins during the whole history.

At the moment, many types of crypto-currencies (more than 1000) exist, they are also called altcoins. Periodically some appear and others do not stand competition and disappear from the market, but bitcoin was a pioneer and earned trust.

Developers of bitcoin managed to come up with a system where it is possible to avoid problems with intermediaries, such as a bank or payment system, who charge a fee for their services. This is achieved by technology, where each user can directly transfer money to another user.
Is it possible to counterfeit bitcoin?
Bitcoin registries are protected by cryptography. It is impossible to counterfeit them at all at the same. It is impossible to rewrite data in blocks and state that someone now has millions. Bitcoin in this sense is quite protected. The truth is there is already an attack that allows you to pay off twice with the same bitcoins, so it’s impossible to say that bitcoin is absolutely safe.

If you liked this article, share it with your friends! If you have something to add or consider some information is not correct, leave your message in the comments. Thank you!

How long to the parity for EURUSD?. EURUSD price is continuing to decrease. The last
Correctional Rebound in Oil Died DownGPBUSD: chance of a drop is still thereGold Stopped GrowingBrent oil price to drop down to $50Pound Handled the Brexit with DignityUSDCAD rises to 7-week high above 1.3200
Quotes / Tue 14 / July / 10:02pm
Previous Next