In this article we are going to discuss the Fibonacci time zones.

What are Fibonacci time zones? 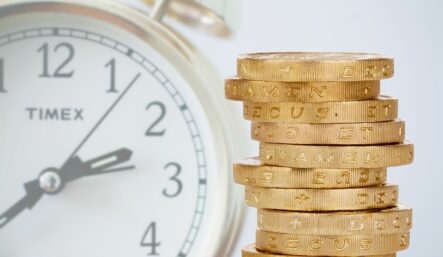 The Fibonacci sequence is also used to calculate the time, when the current trend reversal will occur. Fibonacci time zones is a very unique instrument for technical analysis, because very few other indicators are based on or would be able to determine at which point in the future time a reversal may occur.

The concept behind and different types of Fibonacci time zones

This instrument counts the number of candlesticks (time) between reversals in the market, after which this value is multiplied by the corresponding Fibonacci coefficient, such as 0.382; 0.618; 1.382; 1.618, and so forth.

How to set up and build the Fibonacci time zones?

The general principle of building Fibonacci time zones is as follows: during an upward, bullish trend, a trader needs to choose 2 significant highs (or peaks), and likewise on a down or bearish trend the trader needs to choose 2 significant lows. On the Olymp Trade platform, in the section of “Technical Analysis”, when choosing this instrument, it is sufficient to choose only one significant high or low.  Once you have selected the high or low, the Fibonacci time zones will line up automatically.

How to set up and build the Fibonacci time zones based on trend?

Fibonacci time zones based on the trend use the previous bullish or bearish trend in its formation. To use this instrument, you first need to draw the so called “base line”. This line follows the previous trend, from the maximum to the minimum, or from the minimum to the maximum, depending on the previous direction of the trend. The base line is essentially the necessary element for calculating the number of Japanese candlesticks (or bars).  Once you have constructed the base line, you need to indicate the starting point, which is set at the level of the first maximum or minimum of the new trend, meaning the moment of the first correction and new trend following.

In the technical analysis section of the Olymp Trade platform, that we mentioned earlier, this instrument is called the “Time Extension” and it does not require building a starting point, it is enough to draw the base line following the previous trend. After this, the Fibonacci time zones will line up automatically.

How to use the Fibonacci time zones?

The principle of using Fibonacci time zones is very simple. It is necessary to monitor the price movement when it is nearing the specified time zone intervals, the lines displayed on the grid, and watch for reversals when the price is crossing these lines. Although the principle is quite simple, there is one significant weak point. Unfortunately, it is impossible to say how strong the reversal will be. It can be either a short-term correction or a full trend reversal. Therefore, if it is possible – it is necessary to combine the Fibonacci time zones with other instruments and indicators for a better analysis.

To get more in-depth information on different indicator, strategies and more we invite you to watch our masterclasses and other educational materials.

What are Fibonacci correction levels?

Bitcoin is the lame duck of the crypto market. Bitcoin was down 0.8% on Tuesday, ending the
Bitcoin loses strength due to the stock sell-off. Bitcoin was down 7.4% on Monday, ending at
Bitcoin and Gold Prices Diverge Again, Extending 5-Month Correlation. Bitcoin is again feeling the pull of gravity
Markets roll back after last week decline, EURUSD tests the important resistanceWhat is crypto-currency in simple words?How to make money OUT of crypto-currency?How to earn bitcoin?What is bitcoin in simple words?How to buy a bitcoin?
Economic calendar / Friday 09 / December / 04:15pm