Forex spread. How it works?

To better understand the forex spread and how it affects you, you must understand the general structure of any forex trade. One way of looking at the trade structure is that all trades are conducted through middlemen who charge for their services. This charge, or the difference between the bidding price and the asking price for a trade, is called the spread.

The forex spread represents two prices: the buying (bid) price for a given currency pair, and the selling (ask) price. Traders pay a certain price to buy the currency and have to sell it for less if they want to sell back it right away. 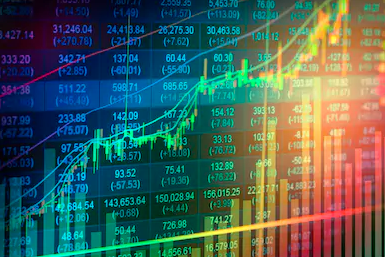 The forex market differs from the New York Stock Exchange, where trading historically took place in a physical space. The forex market has always been virtual and functions more like the over-the-counter market for smaller stocks, where trades are facilitated by specialists called market makers. The buyer may be in London, and the seller may be in Tokyo.

The specialist, one of several who facilitates a particular currency trade, may even be in a third city. His responsibilities are to assure an orderly flow of buy and sell orders for those currencies, which involves finding a seller for every buyer and vice versa.

In practice, the specialist’s work involves some degree of risk. It can happen, for example, that the specialist accepts a bid or buy order at a given price, but before finding a seller, the currency’s value increases. He is still responsible for filling the accepted buy order and may have to accept a sell order that is higher than the buy order he has committed to filling.

In most cases, the change in value will be slight, and he will still make a profit. But as a result of accepting the risk of a loss and facilitating the trade, the market maker always retains a part of every trade.

The portion he retains is called the spread.

Every forex trade involves two currencies called a currency pair. This example uses the British Pound (GBP) and the U.S. dollar (USD), or GBP/USD currency pair. Say that, at a given time, the GBP is worth 1.1532 times the USD. You may believe the GBP will rise against the dollar, so you buy the GBP/USD pair at the asking price.

The asking price for the currency pair won’t be exactly 1.1532; it’ll be a little more, perhaps 1.1534, which is the price you will pay for the trade. Meanwhile, the seller on the other side of the trade won’t receive the full 1.1532 either; she’ll get a little less, perhaps 1.530. The difference between the bid and ask prices—in this instance 0.0004—is the spread. That’s the profit that the specialist keeps for taking the risk and facilitating the trade.

The cost of the spread

Using the example above, the spread of 0.0004 British Pound (GBP) doesn’t sound like much, but as a trade gets larger, even a small spread quickly adds up. Currency trades in forex typically involve larger amounts of money. As a retail trader, you may be trading only one 10,000-unit lot of GBP/USD. But the average trade is much larger, around one million units of GBP/USD. The 0.0004 spread in this larger trade is 400 GBP, which is a much more significant commission.

How to manage and minimize the spread

You have two ways of minimizing the cost of these spreads:

Bitcoin is the lame duck of the crypto market. Bitcoin was down 0.8% on Tuesday, ending the
Bitcoin loses strength due to the stock sell-off. Bitcoin was down 7.4% on Monday, ending at
Bitcoin and Gold Prices Diverge Again, Extending 5-Month Correlation. Bitcoin is again feeling the pull of gravity
Markets roll back after last week decline, EURUSD tests the important resistanceWhat is crypto-currency in simple words?How to make money OUT of crypto-currency?How to earn bitcoin?What is bitcoin in simple words?How to buy a bitcoin?
Economic calendar / Wednesday 30 / November / 11:32pm