In all examples for utility reasons we use the following parameters:

Example of  a buy order

The trader opens a buy trade for EURUSD sized 1 lot at the price of 1.1000; some time later the price grew to 1.1010 which means the EUR became 10 pips more expensive compared to the USD. Keeping in mind the size of the open position (1 lot), the price of 1 lot will basically be 10 USD. In the end, closing the trade, the trader will get the profit plus 10 points or 100 dollars.

A sell order is calculated as follows 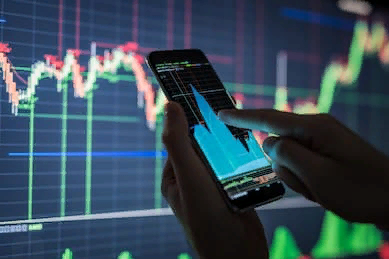 The trader opens a sell order for the EURUSD sized 1 lot at the price of 1.1010. A little bit later, the price declined to 1.1000, which means the euro became 10 points cheaper in relation to the dollar. If the trade is sized 1 lot, this makes 100 dollars. In the end, the trader gets 100 dollars of profit, closing this trade.

When the trader sells, a question emerges, how can they sell what they do not own? The answer is as follows. The trader loans a trading instrument from the forex broker, be it a currency, a CFD for a stock or other asset. They sell it on the market at a certain price and after the trade is closed they give it back to the broker at the same volume. The difference between the selling price and the reverse buy is the trader’s profit. All loans and returns are carried out automatically in the terminal.

Protective orders are those that order the broker to close the position when a certain price is reached. For this purpose, we use the Stop Loss and Take Profit.

This is an order to close the trade with a profit. The price, reaching the specified level, triggers the Take Profit, and the broker without the trader’s participation locks in the received profit. TPs can be placed at any time and on any profit size. Without a TP, an order will be open until the trader closes it manually. If the order is to buy, a Take Profit is placed higher than the opening price, if the order is to sell — lower than the opening price.

Its purpose, unlike that of the TP, is to prevent the trader from increasing losses on an open position. An SL is placed to limit losses. For example, the trader opened a buy trade for the EURUSD at 1.1010 and specified possible loss as 10 points. The Stop Loss is placed at 1.1000, and if the price reaches it, the broker automatically closes the position with a loss of 10 points. Without an SL, the trade will last, theoretically, forever until the trader closes it manually. For a sell order, the Stop Loss is placed above the opening price, and below it — for a buy.

As a rule, the placement of protective orders is under the chosen trading strategy. Currently, the usability of protective orders is discussed a lot. A TP limits the profit but allows locking it without the trader’s participation. An SL limits losses at a set level. But some may say that the price, after a movement in a losing area, may return to the profitable area, and there is a chance not to lose points. The argument will go on as long as the market exists. The final decision of whether to place TPs and SLs is always based on the trader’s experience and preferences.

What is time frame means?

Bitcoin is the lame duck of the crypto market. Bitcoin was down 0.8% on Tuesday, ending the
Bitcoin loses strength due to the stock sell-off. Bitcoin was down 7.4% on Monday, ending at
Bitcoin and Gold Prices Diverge Again, Extending 5-Month Correlation. Bitcoin is again feeling the pull of gravity
Markets roll back after last week decline, EURUSD tests the important resistanceWhat is crypto-currency in simple words?How to make money OUT of crypto-currency?How to earn bitcoin?What is bitcoin in simple words?How to buy a bitcoin?
Economic calendar / Monday 23 / May / 08:07am