The term Forex is derived from “foreign exchange”. In essence, it is an international OTC market, meant for exchanging currencies of countries all over the globe. Forex appeared in the 1970s, and with the development of computer technology and the Internet it became available to almost anybody.

To trade on Forex, you must choose a broker, sign a contract for their service, install the software (the trading terminal, platform) on your PC or another electronic device, and deposit your account.

Trading is available 24 hours a day, 5 days a week (Monday to Friday). Saturday and Sunday are days off, as well as some festive days. For example, on Independence Day, a national holiday in the USA, Forex does work as in other countries this is a normal workday. 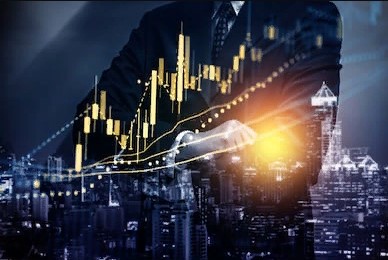 Initially, they traded money on Forex, selling one currency for another. For example, you could buy the euro (EUR) for the dollar (USD) or the British pound (GBP) for the Swiss franc (CHF). These are the so-called currency pairs, and their price in relation to one the other is called the exchange rate.

Currency pairs can be of several types:

Market participants on Forex are:

How quotations are formed

The difference between the Bid and Ask is called a spread. On Forex, the spread is quite often the source of income for brokers. A broker sells an asset for their client at a higher price and buys it a lower one compared to the price they work at with their liquidity provider (prime broker).

The trader has planned a buy in the EURUSD pair. For this, they need a seller ready to sell the euro for the US dollar (and, by the way, there will always be one). In the terminal, there are 2 current price indices (same as when you exchange currencies at a bank): Bid – 1.1009 and Ask – 1.1007. This means that now there is an offer to sell the euro at 1.1009 and to buy it at 1.1007 (no offers to sell at 1.1007). It turns out that the trade will be carried out at 1.1009 (at the seller’s price). Let us imagine that the EURUSD pair grows in price later and the trader will be able to close the trade (selling the bought euro back, earning on it). The difference between buying and selling prices will be the trader’s profit.

On Forex, the quotations are formed at the basis of the demand and supply balance. The higher the demand for a currency, the higher its price expressed in other currencies. If the demand shrinks, the price also decreases (however, it does not mean that it will fall to zero).

Technically, trading on the Forex market is much easier than it seems. The abundance of software and computer technology makes the work much easier and helps to make better trading decisions. However, the final decision is for the trader to make.

Oil Under the Gun Again. On Monday morning, a barrel of Brent is
Euro Completely Recovered Its February Losses. On Monday, March 2nd, the major currency pair
How long to the parity for EURUSD?. EURUSD price is continuing to decrease. The last
Correctional Rebound in Oil Died DownGPBUSD: chance of a drop is still thereGold Stopped GrowingBrent oil price to drop down to $50Pound Handled the Brexit with DignityUSDCAD rises to 7-week high above 1.3200
Quotes / Tue 18 / May / 08:45pm

Bitcoin and Gold Prices Diverge Again, Extending 5-Month Correlation. Bitcoin is again feeling the pull of gravity
Markets roll back after last week decline, EURUSD tests the important resistance. Market focus Holidays in the U. S. and
What is crypto-currency in simple words?.   Crypto-currency is electronic virtual or digital money.
How to make money OUT of crypto-currency?How to earn bitcoin?What is bitcoin in simple words?How to buy a bitcoin?
Economic calendar / Tuesday 18 / May / 11:45pm