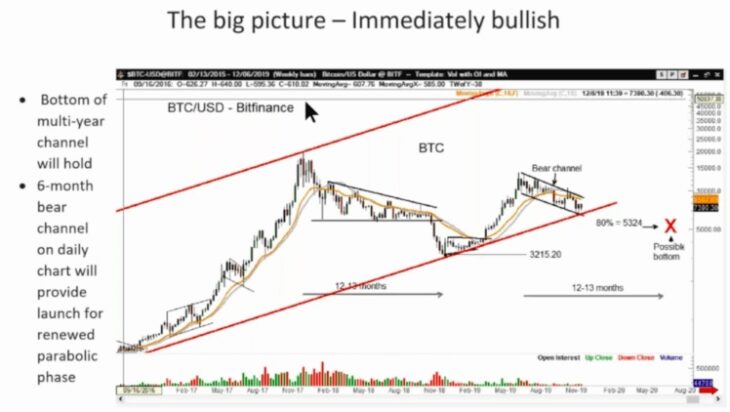 The most followed trader on Twitter, Peter Brandt, made his Bitcoin Live Crypto report available for free last month. In this issue, the veteran analyst presented two bullish scenarios for the king of cryptocurrencies. The first script involved a short-term bearish price action that would see the massive capitulation of bulls. The trader saw bitcoin violating the lower boundary of a multi-year channel and dropping all the way down to $5,324. In this scenario, the cryptocurrency would have bottomed out in July 2020.

In the second plot, bitcoin turned immediately bullish after months of correcting. A month after Brandt released the report, we’re seeing bitcoin follow one of the two scripts.  If you haven’t guessed by now, Brandt’s immediate bullish scenario is playing out. According to the seasoned trader, bitcoin bulls would hold the lower boundary of the multi-year channel, which would indicate that whales were accumulating positions as opposed to profit-taking. The accumulation would serve as a base that can catapult the cryptocurrency to a new all-time high.

Bitcoin’s bullish price action in the last few days suggests that bulls are respecting the multi-year diagonal support. To validate this view, bitcoin must take out the bear channel as drawn on Brandt’s chart. The good news is that bitcoin is now trading above the bear channel. In his latest tweet, Brandt showed that the cryptocurrency has broken out of a six-month long downtrend.