As Draghi leaves ECB, his opponents get chance to turn the tables 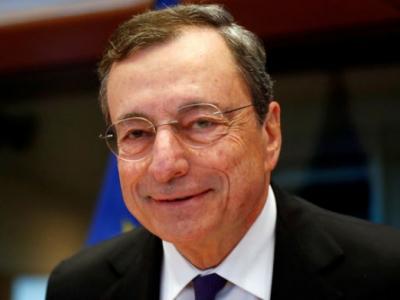 Mario Draghi leaves the European Central Bank at the end of the month, and that may giveopponents of his ultra-easy monetary policy a chance to shiftthe tone of the debate at the top of the institution. 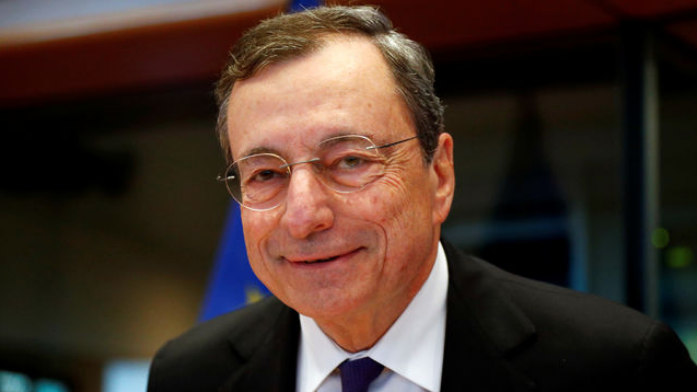 Draghi pushed through a decision to resume the ECB’s 2.6trillion-euro bond-buying programme last month, despiteopposition from more than a third of the 25 members of the Governing Council.

His departure on Oct. 31 gives this growing legion ofsceptics from countries such as Germany, France and theNetherlands hope of shifting the balance of power at the top ofthe ECB under its new president, Christine Lagarde.

Herself a Frenchwoman, Lagarde will work with a largely new Executive Board, the six-person team who prepares GoverningCouncil meetings and puts monetary policy into practice.

All the main supporters of Draghi’s first stimulus packagehave left or will soon leave the board. Key portfolios,including that of overseeing the bond-buying programme, are upfor grabs.

“The dynamic will be quite different and the ECB will becomea much more difficult institution to read and understand,” saidDavid Owen, chief European economist at Jefferies.

The first big test is likely to come next year, when the ECBnears a limit on owning more than a third of Germany’soutstanding debt under its quantitative-easing programme (QE).

For most of his mandate, Draghi could count on his deputy,Vitor Constancio, and chief economist, Peter Praet, to supporthim internally and explain his dovish message to investors. Mostof the Governing Council took its cue from an authoritative trioof economists at the top.

But come Nov. 1, Philip Lane will be the only trainedeconomist on the board who backed the new bond purchases at thelast policy meeting.

Lagarde, a politician like her deputy Luis de Guindos, hasstruck a balanced tone, saying accommodative policy wasnecessary but also that it had side effects that neededmonitoring.

This creates room for sceptics of QE to be heard,particularly if Germany picks a heavyweight economist to replace Sabine Lautenschlaeger, the banking supervisor who unexpectedlyquit last week.

“In this phase, Germany needs someone who can speak andargue with some authority on monetary policy,” said AlessandroMerli, a fellow at SAIS Europe Johns Hopkins University.”Therefore, Lautenschlaeger was not of much use in the ExecutiveBoard.”

Euro zone ministers begin selecting Lautenschlaeger’ssuccessor next week and want to have a new board member in placeby January. The tight deadline suggests Berlin may already havesomeone in mind.

The often-overlooked distribution of portfolios among boardmembers is likely to be key, in particular those held by BenoitCoeure as head of the ECB’s market operations and representativeat international fora.

The only candidate to replace Coeure on Jan. 1 is Italy’sFabio Panetta, who rarely voiced an opinion on monetary policyand last represented his country on the ECB’s bankingsupervision arm.

Board members are supposed to have the good of the euro zoneas a whole in mind, but they are put forward by their nationalgovernments and their views are sometime tinged by national interests, such as favouring bond purchases and low interestrates where the government is more indebted.

“Panetta can be expected to take a typically dovish Italianviewpoint, thus supporting open-ended asset purchases for aslong as core inflation is expected to remain sub-target,”Daiwa’s economists said in a note to clients.

But Germany is also likely to stake a claim on Coeure’sportfolios, and Lagarde could split or combine responsibilitiesamong board members as she pleases.

That could prove crucial when the new president followsthrough on her promise to review the ECB’s policy strategy andtools. Such a wide-reaching undertaking could even see the bankredefine its inflation target, now less than but close to 2%.

“Lagarde could face some pressure to reallocate part of theresponsibilities to more hawkish members, including when itcomes to reshaping monetary policy in the upcoming strategyreview,” Frederik Ducrozet, a strategist at Pictet WealthManagement, said.

How long to the parity for EURUSD?. EURUSD price is continuing to decrease. The last
Correctional Rebound in Oil Died DownGPBUSD: chance of a drop is still thereGold Stopped GrowingBrent oil price to drop down to $50Pound Handled the Brexit with DignityUSDCAD rises to 7-week high above 1.3200
Quotes / Tue 20 / October / 08:20pm