From a technical and trading perspective EURUSD has potentially posted a major double bottom at the yearly S1 pivot. Price action is setting the stage for a more meaningful recovery to the upside, however, a sustained failure below 1.10 opens 1.0965 as intraday support ahead of 1.0930. A move back through 1.1050 is needed to suggest downside risk has been eliminated and reset focus on offers above 1.11. Note Huge option strike at 1.1000 rolls of this week totalling more than EUR7.6bn.

EURUSD…UPDATE we have tested the weekly S1 and have found some initial support the weight of option strikes and the likely gamma positioning should stem a rapid descent from current levels we likely continue to rotate in and around the 1.10 strike at least until the 26th when the major expiries occur 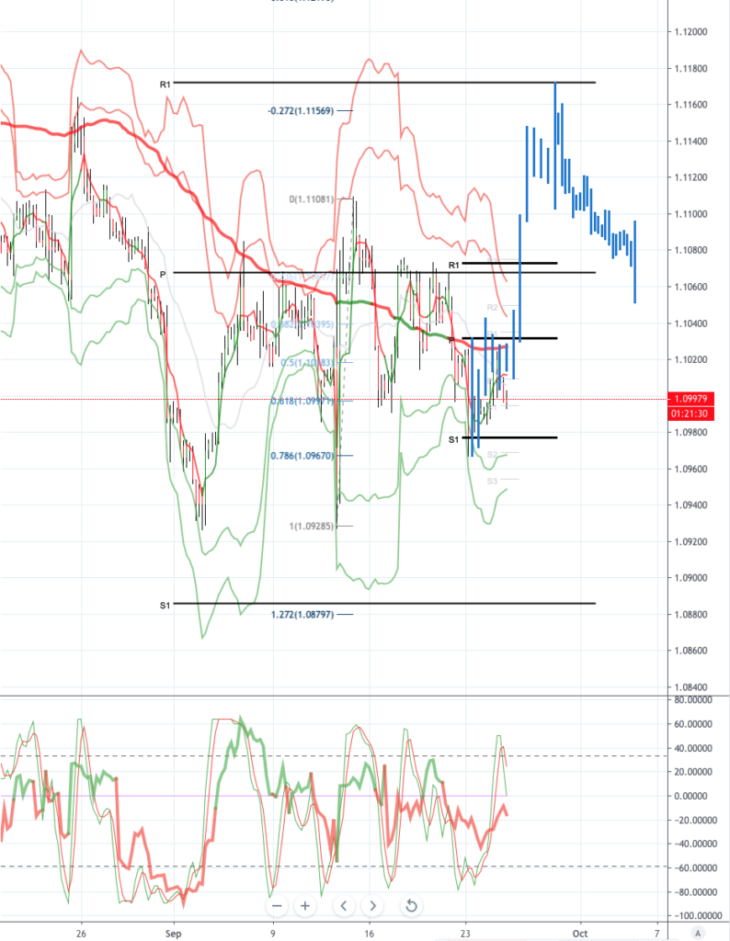 From a technical and trading perspective I now see the potential for a pullback to test bids towards 1.2385, where I will be watching for intraday bullish reversal patterns to set long positions targeting a test of 1.2650 a failure below 1.23 would suggest a more meaningful correction is underway to retest support at 1.22.

GBPUSD…UPDATE rally on Supreme Court ruling is short lived as 1.25 caps expect a second leg of downside to develop to test the equidistant swing objective at 1.2334, will be watching for intraday reversal patterns around 1.23 to set long positions. 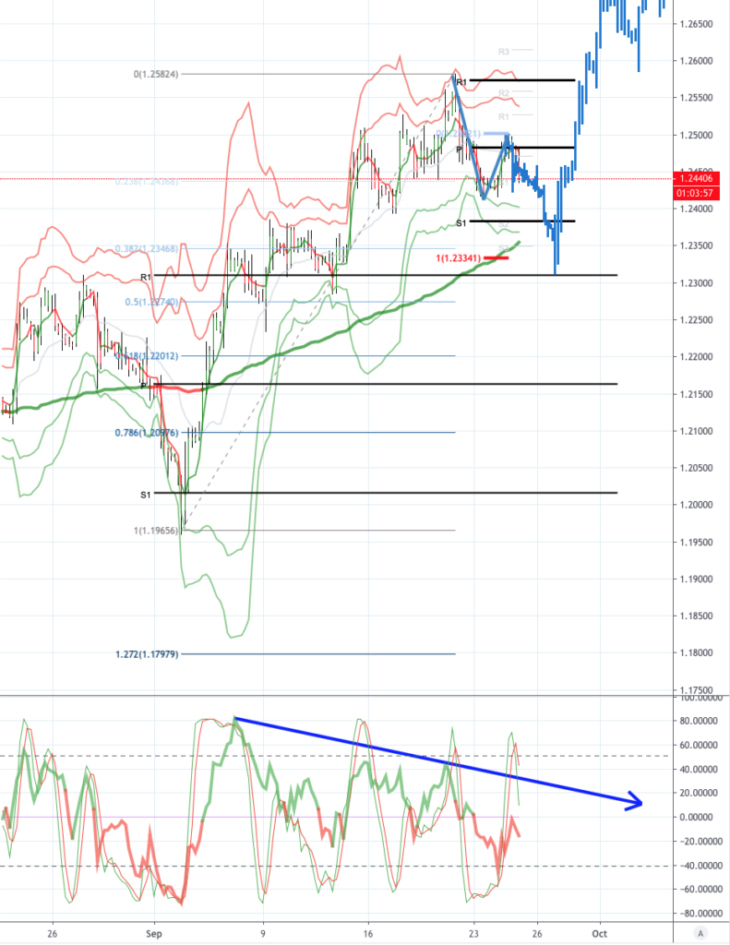 From a technical and trading perspective 1.08 objective achieved, as 107.50 contains the correction there is scope for the current grind higher to test offers above 109 where I will be watching for momentum and sentiment divergence to complete the current sequence and present an opportunity to initiate short exposure targeting a move back through 108 and a retest of bids below 107. Note decent option strikes roll off this week; strikes from 107.00 to 109.00

USDJPY…UPDATE prices pulled back to make an early test of 107 bids which have supported on the initial test as 107.80 caps the upside price looks poised to test  the pivotal 106.5, failure below 106.40 would be a bearish development exposing stops below the August lows 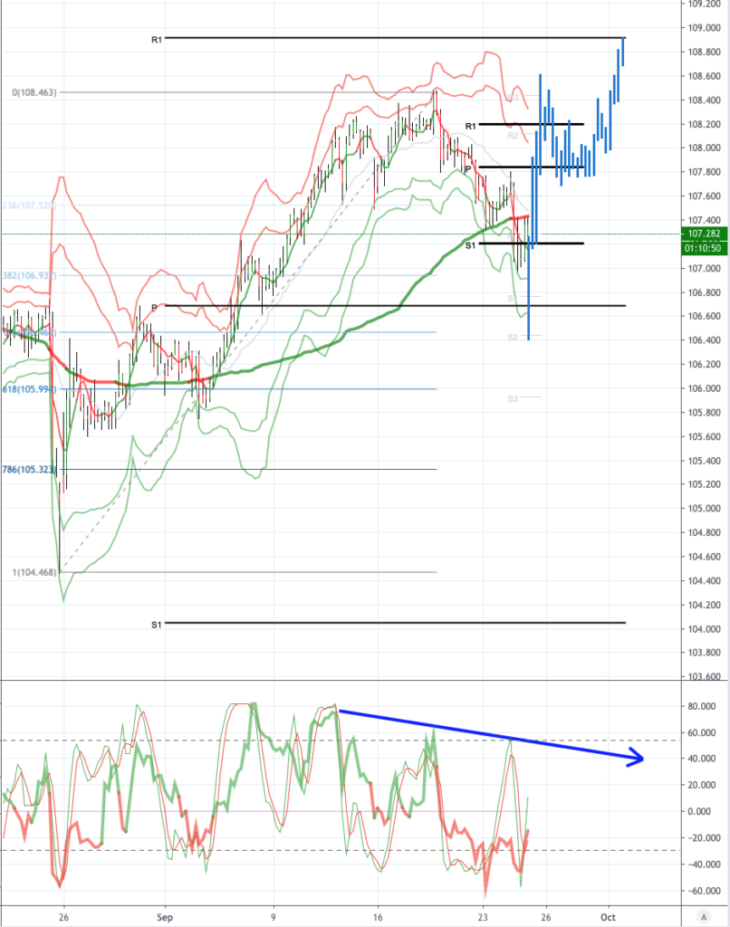 From a technical and trading perspective the anticipated correction from the .6900 resistance zone has played out and extended to .6760 as this level supports .6840 becomes the immediate upside hurdle, however, a failure below .6760 would concern the bullish view and expose stops below .6700 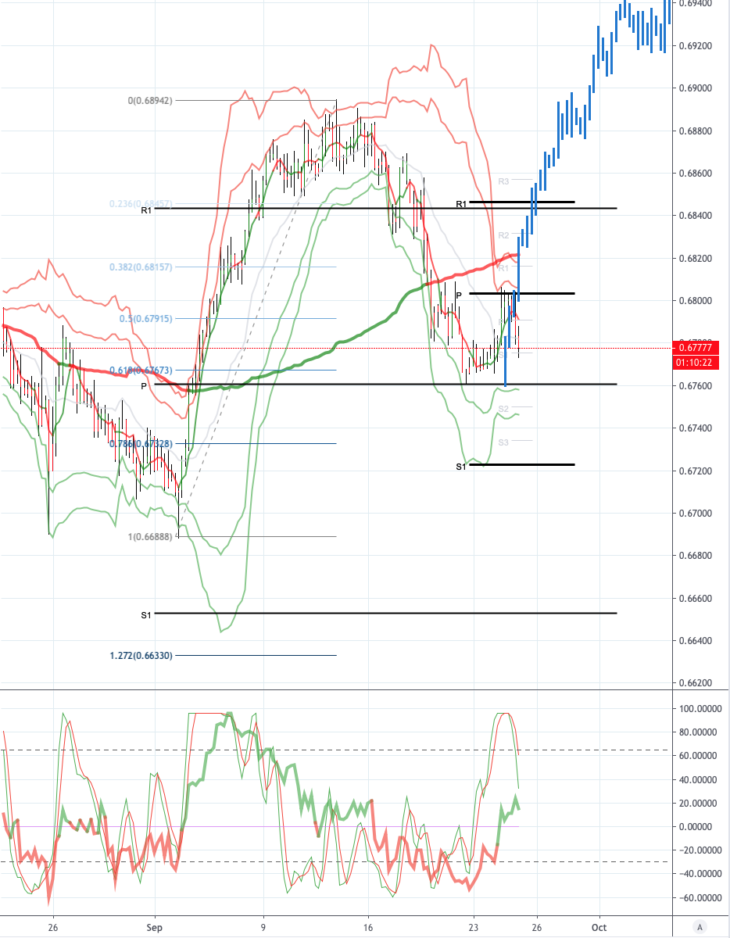 Oil Under the Gun Again. On Monday morning, a barrel of Brent is
Euro Completely Recovered Its February Losses. On Monday, March 2nd, the major currency pair
How long to the parity for EURUSD?. EURUSD price is continuing to decrease. The last
Correctional Rebound in Oil Died DownGPBUSD: chance of a drop is still thereGold Stopped GrowingBrent oil price to drop down to $50Pound Handled the Brexit with DignityUSDCAD rises to 7-week high above 1.3200
Quotes / Mon 12 / April / 06:08pm

Bitcoin and Gold Prices Diverge Again, Extending 5-Month Correlation. Bitcoin is again feeling the pull of gravity
Markets roll back after last week decline, EURUSD tests the important resistance. Market focus Holidays in the U. S. and
What is crypto-currency in simple words?.   Crypto-currency is electronic virtual or digital money.
How to make money OUT of crypto-currency?How to earn bitcoin?What is bitcoin in simple words?How to buy a bitcoin?
Economic calendar / Monday 12 / April / 09:08pm