As we approach the end of the year and trade activity declines, there is time to reflect on what the world markets will be entering a new year. It coincided that 2020 would be not only the start of a new decade but also the Year of the Rat, launching a new cycle on the eastern calendar. Upcoming year causes very unpleasant associations among investors because the last time it happened was the moment when the global financial crisis reached its peak, the financial system was on the verge of collapse. So, the world economy had virtually to start a new cycle, building much from scratch, beginning in 2009.

Markets entering 2020 on an optimistic note, convinced that the world economy has managed to reverse from slowdown to acceleration, and has sharply reduced the risks of a recession in the Eurozone and the US. Stock markets fully reflect these expectations, ending 2019 with the sharpest growth in more than 20 years.

As a result of this general optimism, it is worth double-checking the potential risks surrounding markets on the eve of the new year. 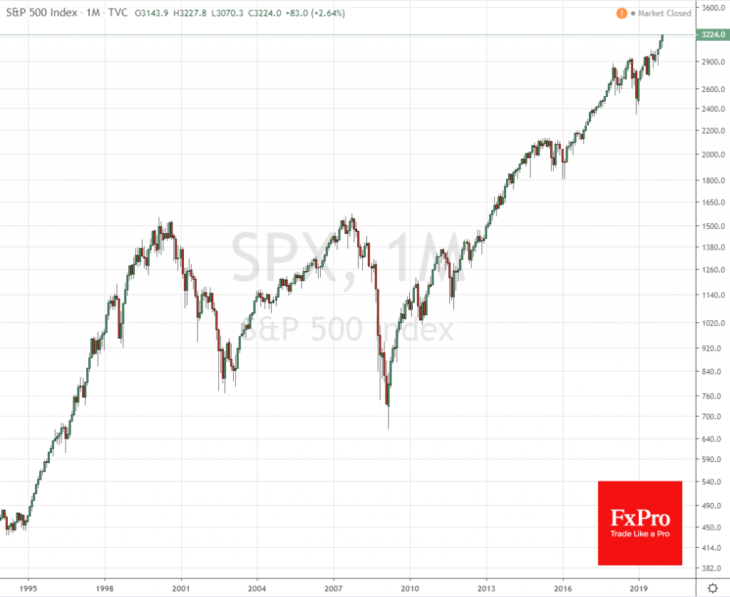 The pill is causing the disease

An essential example of the last two or three years was the growth of protectionism. One of its manifestations was Brexit, and the other was the US trade disputes with other countries. This struggle is not only at the level of tariffs. Governments are also trying to strengthen economic growth through higher fiscal spending, as around zero interest rates create the best conditions in history to borrow. But it is known that with a debt-to-GDP ratio of about 100%, economic growth slows down. And many countries, including France, the UK and the US, are approaching or have recently crossed this mark already.

The debt-to-GDP ratio of developing countries is not that high. However, a big proportion of their debt is denominated in foreign currencies. This means that their obligations are also highly vulnerable to possible swings in demand for the dollar and the euro against the EM currencies. As in the late 1990s, if weakened, this could lead to massive defaults in Asian countries, not necessarily at the level of governments, but at the level of municipalities or companies.

During the last 20 years, the share of emerging economies in world GDP has exceeded 50%, so the effect could be more devastating for the world economy than it was in 1997-1998. The major central banks – the ECB, the Fed, the Bank of Japan, the Bank of England, and the SNB – may be required to go beyond their existing monetary policy boundaries again, finding ways to feed growth. Based on purchasing power parity, GDP of EMs exceed 60% of the world GDP this year, that may lead to even more dramatic consequences.

However, such experimental measures come after, not before, market “corrections”, which may well prove to be real collapses. World markets are often the first to show signs that the economy is ending another growth cycle, and sometimes they become the causes of recessions. Therefore, next year it is worth paying increased attention to the dynamics of markets that can give early signals of the end of the longest expansion in modern US history.

Oil Under the Gun Again. On Monday morning, a barrel of Brent is
Euro Completely Recovered Its February Losses. On Monday, March 2nd, the major currency pair
How long to the parity for EURUSD?. EURUSD price is continuing to decrease. The last
Correctional Rebound in Oil Died DownGPBUSD: chance of a drop is still thereGold Stopped GrowingBrent oil price to drop down to $50Pound Handled the Brexit with DignityUSDCAD rises to 7-week high above 1.3200
Quotes / Fri 26 / February / 01:27pm

Bitcoin and Gold Prices Diverge Again, Extending 5-Month Correlation. Bitcoin is again feeling the pull of gravity
Markets roll back after last week decline, EURUSD tests the important resistance. Market focus Holidays in the U. S. and
What is crypto-currency in simple words?.   Crypto-currency is electronic virtual or digital money.
How to make money OUT of crypto-currency?How to earn bitcoin?What is bitcoin in simple words?How to buy a bitcoin?
Economic calendar / Friday 26 / February / 04:27pm