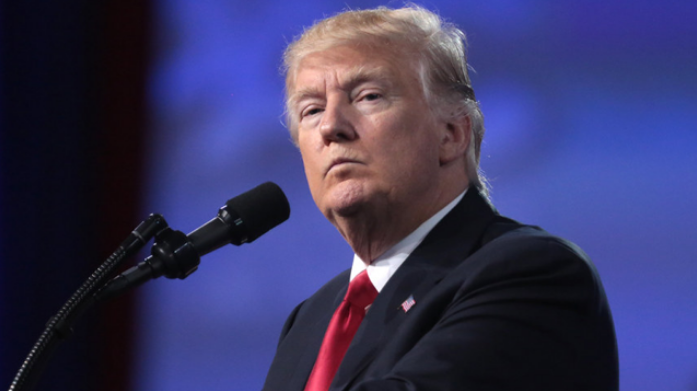 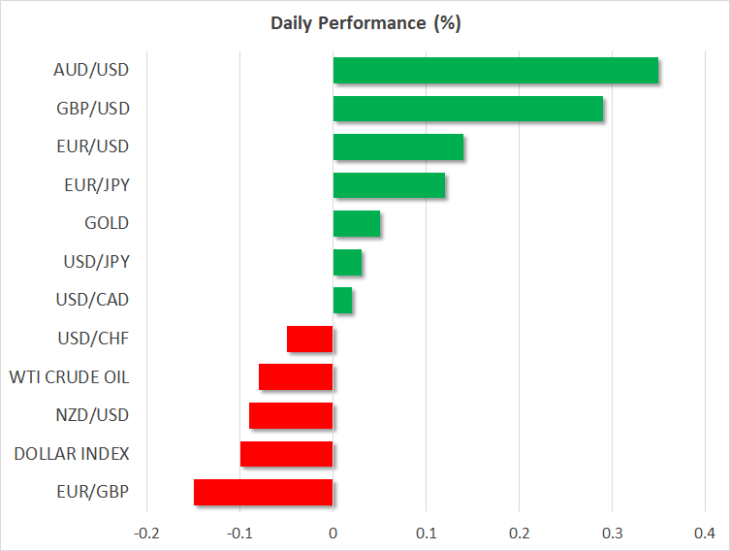 President Trump became the third president in the history of the United States on Wednesday to be impeached after the House of Representatives, as expected, approved two charges against him for abuse of power and obstruction of Congress. The vote, which was passed by the Democrat-controlled House, paves the way for a trial in the Senate in January.

However, with Republicans holding the majority in the Senate and a conviction requiring the support of two-thirds of Senators, Trump is strongly expected to be acquitted. Hence, there was no reaction in financial markets to the political happenings in Capitol Hill, with the safe-haven yen holding within a tight range versus the US dollar.

The dollar was last trading marginally higher versus the yen but slightly down on the day against a basket of currencies. A series of upbeat economic indicators out of the US in recent days have boosted the greenback, helping it rebound from last week’s 5-month low.

Rising Treasury yields on the back of the ‘phase one’ trade deal have also been supportive of the dollar. Yields have been edging higher following the announcement of a preliminary trade deal between the US and China, which has lifted the outlook for global growth in 2020.

However, there’s still some caution in the markets, as indicated by gold prices holding steady since the news of the deal. There’s a sense of nervousness and impatience among investors as until the agreement has been signed and sealed, the risk that the deal could still fall through will persist.

The Australian dollar was one of the best performers on Thursday as an unexpectedly large gain in employment in November led to some paring back of rate cut expectations in Australia. The aussie had slid sharply this week after the minutes of the Reserve Bank of Australia’s December meeting hinted at a possible rate cut in February next year.

But the while the impressive bounce in the jobs market does not significantly alter the outlook for the Australian economy, it does give the RBA some breathing space before it rushes to diminish its limited firepower.

The aussie jumped 0.4% after the jobs numbers to climb to $0.6875 but its kiwi cousin was unable to hold onto earlier gains when it was buoyed by stronger-than-expected Q3 GDP growth figures out of New Zealand. The New Zealand dollar last stood at $0.6588, little changed on the day.

The Canadian dollar was also on a stronger footing versus the greenback, hitting a 7-week peak of C$1.3098 after yesterday’s inflation data showed a pickup in underling price pressures in Canada.

Pound perks up ahead of BoE decision

The pound recouped some of its hefty losses of this week when it came under heavy selling pressure after it emerged that the UK could be headed for another cliff-edge no-deal Brexit scenario in December 2020.

The immediate focus today is on the latest retail sales figures as well as the Bank of England’s rate setting meeting. No change in monetary policy is expected but following the two dissents at the last meeting, investors will be watching to see whether any other MPC members will vote to cut rates given the deteriorating conditions in the UK economy.

Earlier today, the Bank of Japan kept policy on hold and Sweden’s central bank lifted rates out of negative territory to zero. The Swedish krona firmed on the Riksbank’s announcement even though the decision was widely anticipated as policymakers left the rate path forecast unchanged, defying some expectations of flatter path.

Not to be left out, the euro was another currency gaining versus the dollar, having been boosted from yesterday’s beat in the Ifo business climate out of Germany. The positive survey result added to hopes Europe’s largest economy is turning the corner. 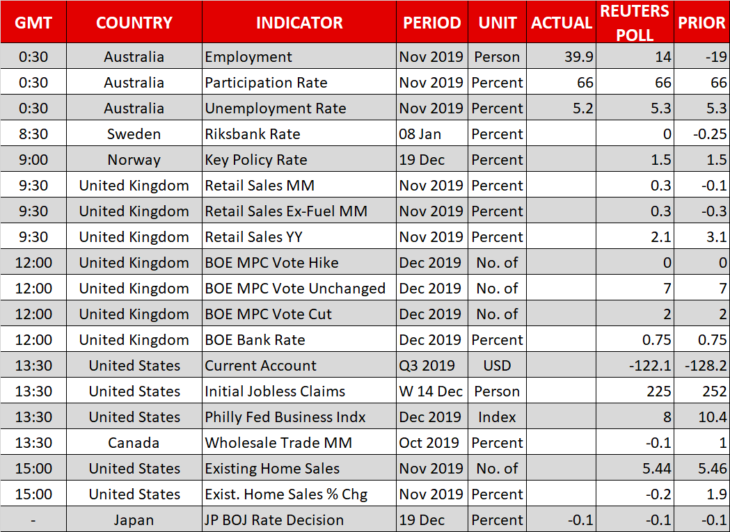 Oil Under the Gun Again. On Monday morning, a barrel of Brent is
Euro Completely Recovered Its February Losses. On Monday, March 2nd, the major currency pair
How long to the parity for EURUSD?. EURUSD price is continuing to decrease. The last
Correctional Rebound in Oil Died DownGPBUSD: chance of a drop is still thereGold Stopped GrowingBrent oil price to drop down to $50Pound Handled the Brexit with DignityUSDCAD rises to 7-week high above 1.3200
Quotes / Mon 19 / April / 02:40am

Bitcoin and Gold Prices Diverge Again, Extending 5-Month Correlation. Bitcoin is again feeling the pull of gravity
Markets roll back after last week decline, EURUSD tests the important resistance. Market focus Holidays in the U. S. and
What is crypto-currency in simple words?.   Crypto-currency is electronic virtual or digital money.
How to make money OUT of crypto-currency?How to earn bitcoin?What is bitcoin in simple words?How to buy a bitcoin?
Economic calendar / Monday 19 / April / 05:40am