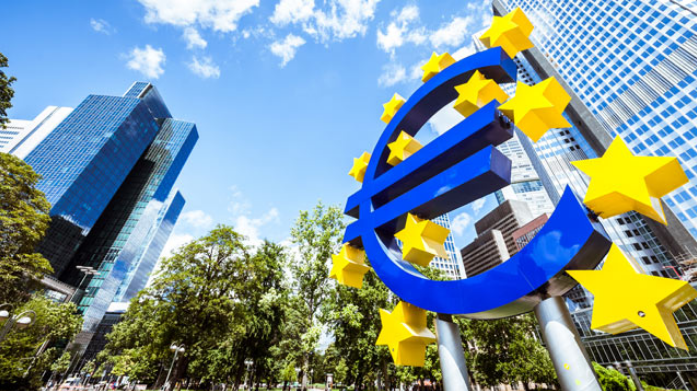 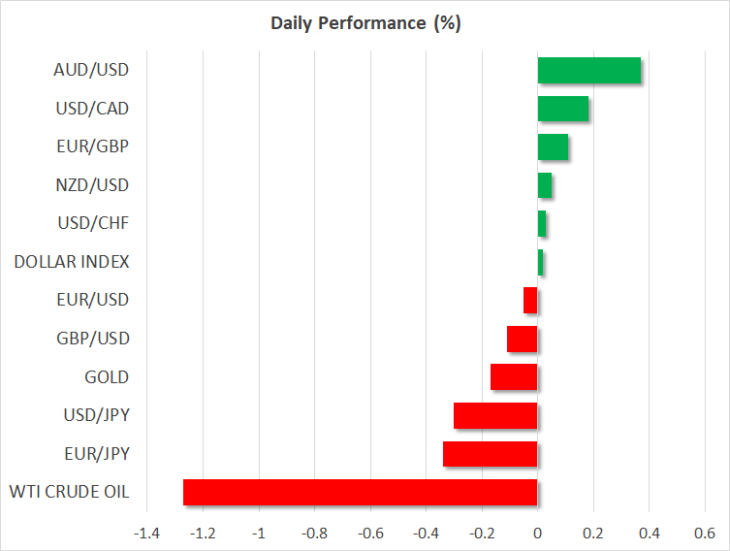 ECB decision: No action, but perhaps a less dovish tone

All eyes will be on the European Central Bank (ECB) today, which concludes its policy meeting at 12:45 GMT. No action is expected, so the euro will take its cue from any notable comments by President Lagarde when she hosts a press conference at 13:30 GMT.

The dark clouds hanging over the euro area economy cleared somewhat in recent months, with recent PMI surveys finally pointing to a stabilization in growth after a colossal slowdown, partly thanks to fading Brexit and trade war risks. Even core inflation is showing signs of life again, albeit nothing spectacular.

Alas, a stabilization in growth is not the same thing as growth picking up. It’s true that growth is no longer slowing, but it has stabilized at a very low level, so there isn’t much to celebrate either. Meanwhile, the manufacturing sector is still in contraction, and there’s always a risk the US imposes tariffs on European cars, pouring gasoline on the fire.

All this argues for no changes in policy or tone today, with the ECB set to keep its easing bias firmly in place. If there is any change, it might be towards a slightly more upbeat narrative given the minor improvement in the data and fewer global tail risks. Even in that case though, any upside reaction in the euro is unlikely to be large, as the ECB won’t make any material shifts without clear and sustained improvement in the data.

In this sense, watch the PMIs for January that are due tomorrow.

The Bank of Canada (BoC) kept rates unchanged yesterday, but adopted a more dovish tone, stressing that growth has been weaker than expected lately and that if this persists, then a rate cut might be in order. The loonie plunged and continues to retreat today as investors scramble to reprice the path of monetary policy, which until yesterday seemed awfully complacent.

Now though, market pricing seems much more realistic, assigning a 50% chance for a rate cut by April, and fully pricing in one by October. The sharp drop in oil prices yesterday likely exacerbated the loonie’s losses.

The next major market mover for the Canadian dollar will come tomorrow, in the form of retail sales for November. They could be instrumental in determining whether expectations for a near term cut keep growing, given how much emphasis the BoC placed on weak consumer readings yesterday.

Asian stocks are a sea of red today, after Chinese authorities locked down the city of Wuhan – home to 11 million people – to stop the spread of the deadly coronavirus. China’s CSI 300 index fell more than 3%, though some of that may be owed to investors taking money off the table ahead of the week-long Lunar New Year holiday.

The defensive yen is also firmer as investors try to gauge the potential fallout from this virus – particularly on Chinese holiday spending and Q1 growth – and justifiably play some ‘defense’.

What’s striking is that Wall Street apparently didn’t get the memo, with futures tracking the likes of the S&P 500 pointing to a virtually flat open today, in defiance of the mild risk off mood elsewhere.

Cable rose almost one big figure yesterday after the CBI’s business optimism index surged, pushing the implied probability of a Bank of England (BoE) rate cut next week down to ~55%. This puts even more weight on the UK PMIs tomorrow – they will likely be the deciding factor of whether rates are cut this month.

Elsewhere, Australia’s employment data for December beat forecasts overnight, substantially diminishing the odds of a rate cut by the RBA in early February, which many saw as sensible after the bushfires. 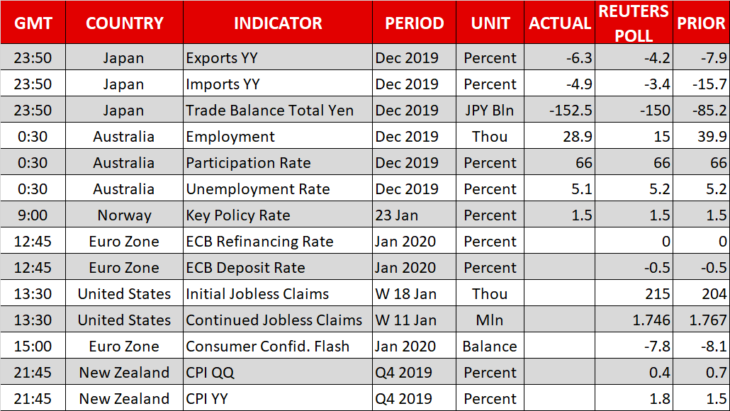 Bitcoin is the lame duck of the crypto market. Bitcoin was down 0.8% on Tuesday, ending the
Bitcoin loses strength due to the stock sell-off. Bitcoin was down 7.4% on Monday, ending at
Bitcoin and Gold Prices Diverge Again, Extending 5-Month Correlation. Bitcoin is again feeling the pull of gravity
Markets roll back after last week decline, EURUSD tests the important resistanceWhat is crypto-currency in simple words?How to make money OUT of crypto-currency?How to earn bitcoin?What is bitcoin in simple words?How to buy a bitcoin?
Economic calendar / Monday 15 / August / 10:52am