The Federal Reserve likely will cut interest rates next week, but in doing so will make a pair of adjustments aimed at signaling that the current easing cycle could be over, according to a Goldman Sachs forecast. 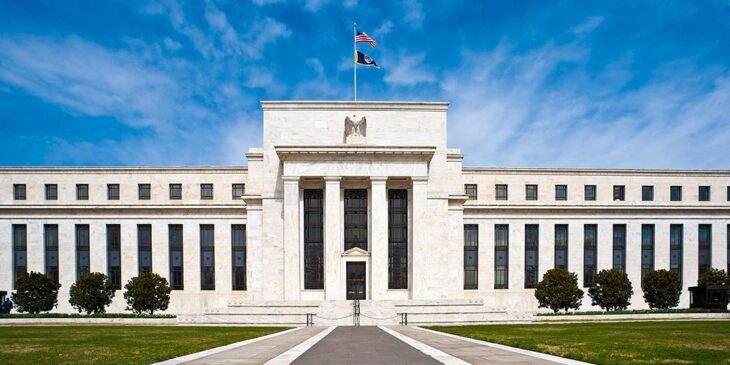 Markets widely expect the policymaking Federal Open Market Committee to approve a quarter-point reduction at the Oct. 29-30 meeting that will take the target range for the funds rate down to 1.5% to 1.75%. Goldman concurs, assigning a 95% probability of a cut. The rate applies to what banks charge each other for overnight lending, but influences a broad swath of consumer debt as well.

Goldman economists see the Fed tweaking some language in its statement to indicate that this move, the third policy easing of the year, will fulfill the central bank’s “midcycle adjustment” that Chairman Jerome Powell alluded to in July. The characterization rankled some on Wall Street, but Powell has largely stuck to the narrative that economic conditions are otherwise solid even as the Fed has moved to relax financial conditions. In making the rate cuts, Fed officials have said that they are largely in response to fears of global slowing, U.S.-China tariffs and tame inflation rather than an indication that the U.S. economy is in trouble.

But Goldman expects another key tweak that would be in the statement: Removal of the key language that the Fed “will act as appropriate to sustain the expansion.” The phrase made its first official appearance in the June statement, after Powell had used it earlier that month, as a way to tee up the July rate cut. Other possible adjustments include a downgrade of consumption from “strong” to “solid” as retail spending cooled in September, and an acknowledgement of a further decline in the unemployment rate to 3.5% from 3.7%.

Oil Under the Gun Again. On Monday morning, a barrel of Brent is
Euro Completely Recovered Its February Losses. On Monday, March 2nd, the major currency pair
How long to the parity for EURUSD?. EURUSD price is continuing to decrease. The last
Correctional Rebound in Oil Died DownGPBUSD: chance of a drop is still thereGold Stopped GrowingBrent oil price to drop down to $50Pound Handled the Brexit with DignityUSDCAD rises to 7-week high above 1.3200
Quotes / Sat 17 / April / 04:38am

Bitcoin and Gold Prices Diverge Again, Extending 5-Month Correlation. Bitcoin is again feeling the pull of gravity
Markets roll back after last week decline, EURUSD tests the important resistance. Market focus Holidays in the U. S. and
What is crypto-currency in simple words?.   Crypto-currency is electronic virtual or digital money.
How to make money OUT of crypto-currency?How to earn bitcoin?What is bitcoin in simple words?How to buy a bitcoin?
Economic calendar / Saturday 17 / April / 07:38am