While the news of coronavirus spreading remains quite alarming, on Tuesday markets are either showing some risk demand or just moving in flat, avoiding further decline. It seems that participants are deciding to cautiously “buy the dip”.

This dynamic is noticeable in both currencies and stock markets. The Japanese yen is losing positions, rising above 109 for Dollar, after declining to 108.70 on Monday. The offshore Chinese Yuan traded at 6.967 before European session, though yesterday it reached 6.988 per Dollar. Futures on the European Euro50 index added 0.65% in the morning after the decline by 3.7% since the beginning of last week on the news of coronavirus spread.

Traders should understand that the markets may turn down rather quickly if the intensity of negative news increases again. In the meantime, market participants seem to be reacting to the fact that the number of deaths has stopped growing exponentially, and there is still no news of deaths outside of China.

Besides, fears of the economic impact of the virus are somewhat held back by the fact that many authorities are openly announcing these risks. This is a signal to market players that central banks or governments are ready to provide economic incentives to avoid economic shocks. 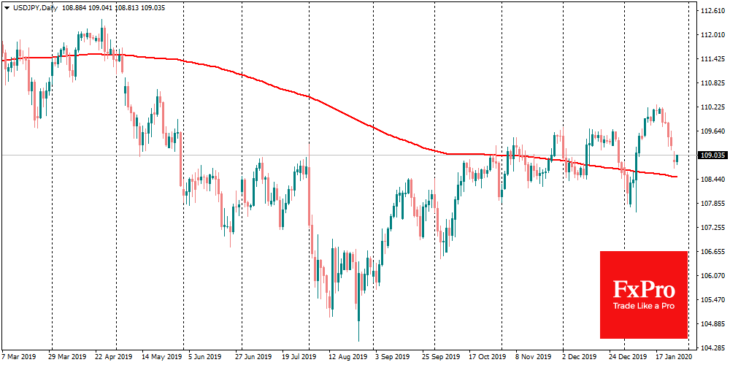 In particular, Japan is drawing attention not only to the risks for exports but also to the fact that fears of the disease may constrain domestic consumption. We are likely to hear more such statements in the coming days and weeks, as protectionist approaches and the desire to increase domestic consumption have become the central message of politicians around the world.

Investor focus is also switching smoothly to the Fed, whose monetary policy meeting is scheduled for tomorrow. Investors do not expect any changes in the rate but will closely monitor how the Fed reacts to the external threat and strengthening of the USD since the beginning of the year. Over the past years, the US central bank started to show concerns long before there are significant signs of weakening in the country, based on signals from outside. 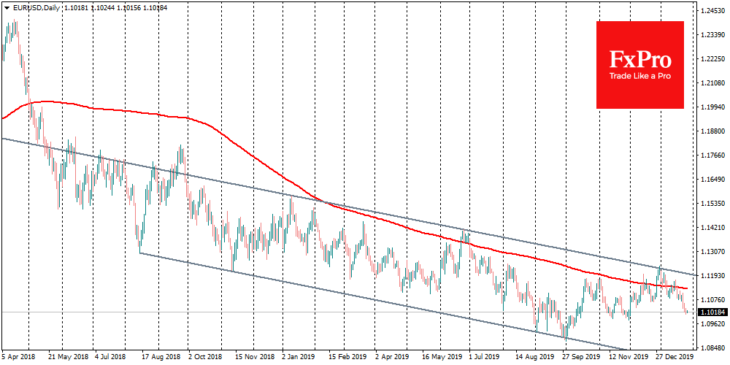 One way or another, this periodical easing of rhetoric in case of external factors helped to achieve the most prolonged period of the US expansion in modern history. However, it did not turn into the weakening of the Dollar either but only kept it from growing.

Bitcoin is the lame duck of the crypto market. Bitcoin was down 0.8% on Tuesday, ending the
Bitcoin loses strength due to the stock sell-off. Bitcoin was down 7.4% on Monday, ending at
Bitcoin and Gold Prices Diverge Again, Extending 5-Month Correlation. Bitcoin is again feeling the pull of gravity
Markets roll back after last week decline, EURUSD tests the important resistanceWhat is crypto-currency in simple words?How to make money OUT of crypto-currency?How to earn bitcoin?What is bitcoin in simple words?How to buy a bitcoin?
Economic calendar / Sunday 04 / December / 09:44pm