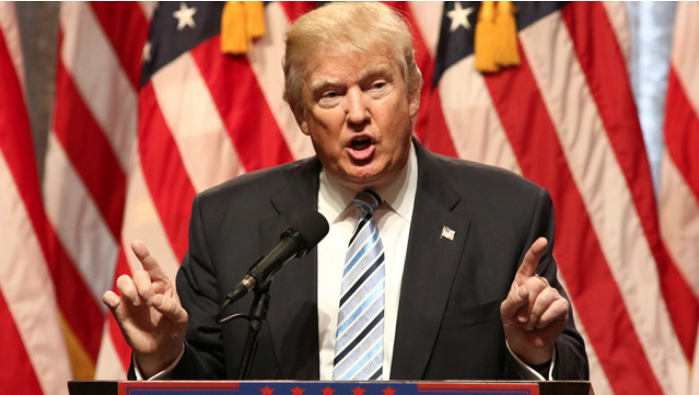 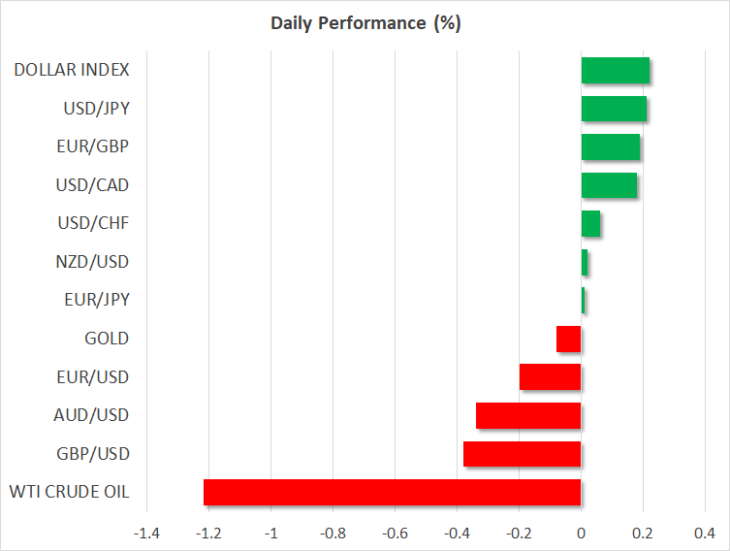 Sentiment in financial markets turned sour abruptly on Tuesday, as a double whammy of trade and political risks blindsided investors, triggering a rotation away from riskier assets like equities and towards defensive ones such as the yen and Swiss franc. The initial catalyst were some hostile remarks by Trump towards China.

Speaking at the UN General Assembly, the US commander in chief accused Beijing of using heavy state subsidies, stealing intellectual property, dumping products, and manipulating its currency. His confrontational tone, especially at such a high-profile venue, likely dampened hopes for any near-term breakthrough in the trade talks.

Risk aversion accelerated a few hours later, when US House Democrats announced a formal impeachment inquiry of President Trump. The charges are that Trump pressured Ukraine’s government to investigate and dig up damaging information on his main political rival, Joe Biden, who is the frontrunner among the Democratic presidential candidates. US stocks dropped but stabilized after Trump said he’d release the full transcript of a phone call with the Ukrainian president.

Taking a step back, the market may be overreacting to the impeachment risk. Setting aside whether the charges are true that Trump tried to influence the 2020 election by using a foreign government, it’s useful to remember that impeachment under the American constitution is more of a political matter, rather than a legal one. Assuming the motion passes the House, it would then be sent to the Senate, where a two-thirds majority (67/100 Senators) is needed for impeachment. Since the Democrats don’t even have a simple majority there, several Republicans would need to vote against Trump, which seems unlikely if not impossible.

Pound spikes up as Supreme Court rules against Boris

The Brexit rollercoaster continues, with the UK Supreme Court ruling yesterday that the suspension of Parliament was unlawful. Lawmakers will therefore return to Westminster today. The pound liked the news, spiking higher on the news, as the court’s decision further diminishes Boris’s ability to execute a no-deal Brexit, and likely brings forward the date of a General Election.

So, what’s next for sterling? With the threat of a no-deal Brexit on October 31 now almost eliminated, the next ‘big’ event for the pound will be when a General Election is called. This morning, opposition leader Jeremy Corbyn refrained from saying when he would put forward a motion of no-confidence in the government, noting instead that he’d be happy to have an election once a no-deal Brexit is taken off the table.

The pound fell on his remarks, as they imply that an election may only be called once Boris formally asks for an extension, which may be in a month from now. The British currency could remain volatile and headline-driven for now, but once an election is called, don’t rule out a relief rally as the possibility of a ‘remain-friendly’ coalition government is priced in.

As widely expected, the Reserve Bank of New Zealand (RBNZ) kept its policy unchanged earlier today. The kiwi soared on the decision, as policymakers did not provide clear signals that another rate cut may be looming, dampening expectations for a move in November.

What caught the market’s eye was a phrase in the final paragraph that there’s still space for more easing, “if necessary”, which was clearly less dovish than many expected. However, the kiwi was unable to sustain the gains as the risk-off undertone in the broader market weighed.

Oil Under the Gun Again. On Monday morning, a barrel of Brent is
Euro Completely Recovered Its February Losses. On Monday, March 2nd, the major currency pair
How long to the parity for EURUSD?. EURUSD price is continuing to decrease. The last
Correctional Rebound in Oil Died DownGPBUSD: chance of a drop is still thereGold Stopped GrowingBrent oil price to drop down to $50Pound Handled the Brexit with DignityUSDCAD rises to 7-week high above 1.3200
Quotes / Mon 12 / April / 06:42pm

Bitcoin and Gold Prices Diverge Again, Extending 5-Month Correlation. Bitcoin is again feeling the pull of gravity
Markets roll back after last week decline, EURUSD tests the important resistance. Market focus Holidays in the U. S. and
What is crypto-currency in simple words?.   Crypto-currency is electronic virtual or digital money.
How to make money OUT of crypto-currency?How to earn bitcoin?What is bitcoin in simple words?How to buy a bitcoin?
Economic calendar / Monday 12 / April / 09:42pm