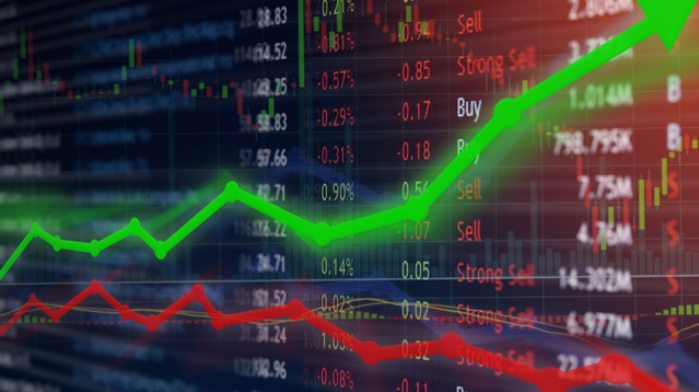 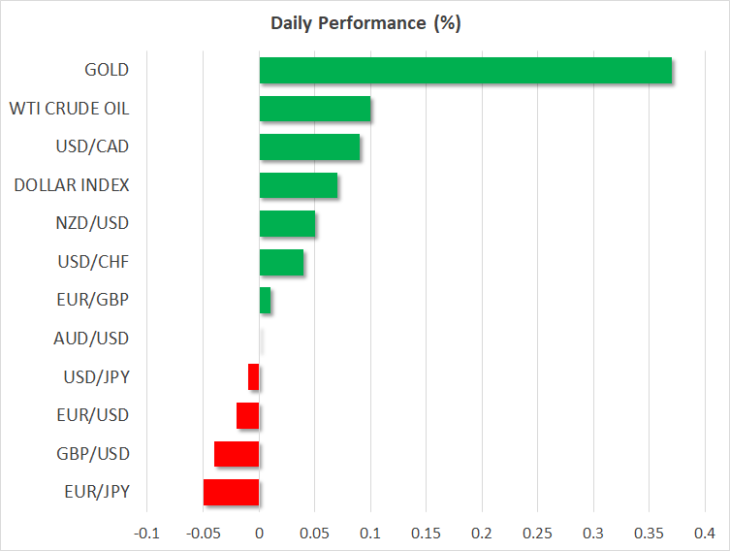 US stocks close at fresh records; aussie and kiwi climb as well

Another day, another record close for all three major US equity indices, this time with the Dow Jones (+0.34%) leading the pack. The price-weighted index was propelled higher by some gains in Boeing (+2.9%), which has the highest share price in the Dow, and can therefore move the overall index more than any other single stock.

The positive mood also manifested in the FX market, where the aussie and the kiwi charged higher, both of these commodity currencies trying to recover some of their heavy losses from earlier in the year.

The main loser was the British pound, which retreated on what seems to have been a combination of profit-taking on prior long positions after the spectacular rally since October and renewed worries about how the Brexit process will shape up next year. While nothing much has happened since the election, investors are likely looking into 2020 and concluding that the drama and brinkmanship will make a comeback, as it’s almost unfathomable the two sides will reach a full trade deal in just eleven months – with or without good will.

Gold the ‘odd one out’ again

Continuing to defy the broader risk-on atmosphere, was gold. The yellow metal broke above a downtrend line drawn from the September peaks and cruised higher to come just shy of the $1492 per troy ounce level, a six-week high. Some headlines overnight that North Korea is thinking about developing new weapons may have helped the move, but the real catalyst is likely that portfolio managers are increasing their defensive exposure.

After such a strong year, when almost every single asset class was up double digits, this is probably a prudent time to ‘play some defense’ and hedge your risk heading into 2020, especially with gold prices trading at a minor discount relative to recent months.

Separately, there’s also the ‘January effect’ in gold to consider. The precious metal has logged gains in every January since 2014, something attributed to seasonal factors, such as increased jewelry demand ahead of the Chinese Lunar New Year. This time around, investors may be frontloading some of that, further helping to explain the recent gains.

The economic calendar is absolutely empty today. Liquidity conditions will probably be very thin once again with many markets closed, a factor that could exacerbate any moves in currencies, as a single order could have a disproportionately large impact on prices.

In particular, many Asian centers will be closed tomorrow alongside European and American ones, so liquidity will be almost non-existent, implying a heightened risk of freak events like ‘flash crashes’.

Oil Under the Gun Again. On Monday morning, a barrel of Brent is
Euro Completely Recovered Its February Losses. On Monday, March 2nd, the major currency pair
How long to the parity for EURUSD?. EURUSD price is continuing to decrease. The last
Correctional Rebound in Oil Died DownGPBUSD: chance of a drop is still thereGold Stopped GrowingBrent oil price to drop down to $50Pound Handled the Brexit with DignityUSDCAD rises to 7-week high above 1.3200
Quotes / Mon 19 / April / 04:00am

Bitcoin and Gold Prices Diverge Again, Extending 5-Month Correlation. Bitcoin is again feeling the pull of gravity
Markets roll back after last week decline, EURUSD tests the important resistance. Market focus Holidays in the U. S. and
What is crypto-currency in simple words?.   Crypto-currency is electronic virtual or digital money.
How to make money OUT of crypto-currency?How to earn bitcoin?What is bitcoin in simple words?How to buy a bitcoin?
Economic calendar / Monday 19 / April / 07:00am