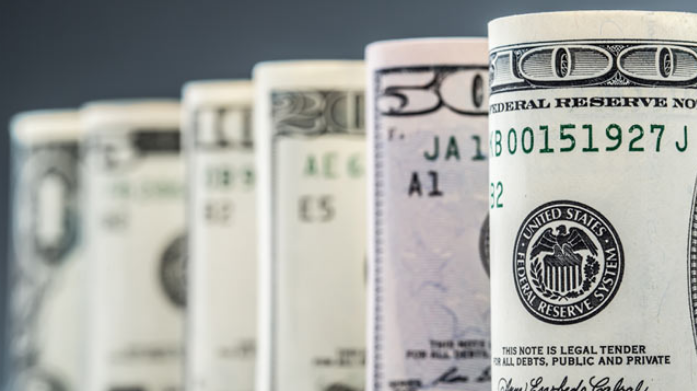 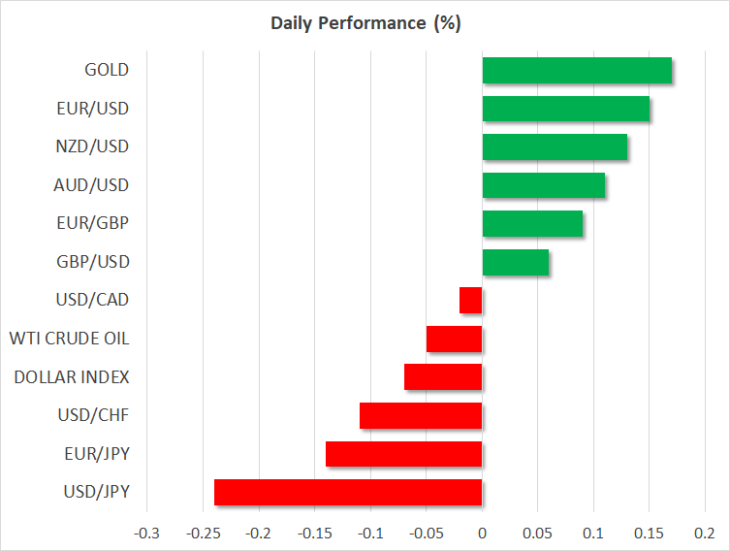 No news is bad news for the US dollar

News flow in financial markets remains non-existent as things wind down heading into the New Year, but that hasn’t stopped investors from cutting their exposure to the US dollar, which continues to bleed amid year-end flows. Many argue that the broader narrative around the dollar is shifting, with a US-China ceasefire and a recovering global economy curbing its haven appeal heading into 2020, as US election uncertainty adds a political risk premium on the reserve currency.

While these are valid arguments, the real question is, where else outside of the US can investors ‘hide’? Replicating the dollar’s high-yielding but safe-haven status is a difficult task, and for all it’s troubles, the American economy is still miles better than stagnant Europe, low-yielding Japan, or emerging markets in an unstable trade environment.

It’s also fruitful to remember how dramatically and quickly narratives can change. This time last year, the Fed had just raised rates again, the ECB had just stopped its QE program, and many strategists were once again calling for the dollar’s demise as other regions became more attractive. That didn’t turn out quite as expected.

To be clear, the argument is not that the dollar won’t lose in 2020. Rather, it’s that for the greenback to weaken substantially, several variables need to play out ‘as planned’, and that rarely happens. The trade truce has to hold, the global recovery theme needs to stay unscathed, the risk of a disorderly Brexit has to remain dormant, and the Democratic presidential nominee should be someone radical enough to inject significant uncertainty into the outlook.

Are gold bulls exhausted, or just taking a breather?

In the broader market, the most exciting move – or rather, the lack thereof – was in gold. Bullion prices remained more or less flat on Friday, even though both the US dollar and Treasury yields fell notably, a combination that typically boosts gold.

Since gold contracts are denominated in dollars, a weaker US currency makes gold ‘cheaper’ for investors using foreign currencies, hence boosting demand for the yellow metal. Similarly, the lower interest rates go, the more attractive gold becomes in comparison to other defensive, interest-bearing assets such as bonds. Hence, a falling dollar combined with falling yields is usually a delicious recipe for gains in gold.

The inability of the bulls to push bullion prices above the $1515 per troy ounce level, which was also a formidable resistance hurdle in recent months, is rather worrisome and perhaps indicative of some exhaustion in the recent upswing. That said, drawing conclusions about any move during the final days of the year is usually not a healthy proposition, as the latest underperformance could also be a function of profit-taking and rebalancing following a remarkable year for gold, when prices rose almost 18%.

Economic releases will remain a rare commodity in the coming days. China’s official PMIs for December – due early on Tuesday – could attract some attention, but absent some enormous surprise they are unlikely to shake markets much.

Rather, the main theme could remain a lack of liquidity. With many traders away for the holidays and with several Asian, European, and American markets set to stay closed, liquidity will probably be in very short supply – making sharp price moves possible even without news. In particular, the risk of ‘flash crashes’ in currencies, like the one in the yen this time last year, is probably elevated.

Oil Under the Gun Again. On Monday morning, a barrel of Brent is
Euro Completely Recovered Its February Losses. On Monday, March 2nd, the major currency pair
How long to the parity for EURUSD?. EURUSD price is continuing to decrease. The last
Correctional Rebound in Oil Died DownGPBUSD: chance of a drop is still thereGold Stopped GrowingBrent oil price to drop down to $50Pound Handled the Brexit with DignityUSDCAD rises to 7-week high above 1.3200
Quotes / Sun 18 / April / 05:21pm

Bitcoin and Gold Prices Diverge Again, Extending 5-Month Correlation. Bitcoin is again feeling the pull of gravity
Markets roll back after last week decline, EURUSD tests the important resistance. Market focus Holidays in the U. S. and
What is crypto-currency in simple words?.   Crypto-currency is electronic virtual or digital money.
How to make money OUT of crypto-currency?How to earn bitcoin?What is bitcoin in simple words?How to buy a bitcoin?
Economic calendar / Sunday 18 / April / 08:21pm